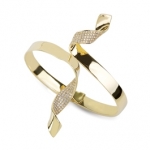 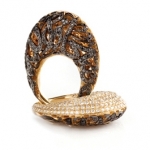 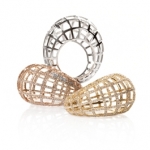 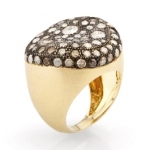 0 Reviews
0.0
Write a Review
This company has no reviews. Be the first to share your experiences!

0
Ask a Question
Have questions? Get answers from Nada G. or Yelleb users. Visitors haven’t asked any questions yet.

“My oldest memory is sitting by the fireplace watching my grandmother’s delicate fingers weave pieces of art using string and her trusted crochet needle. I could sit for hours on end and never tire. I was fascinated with the intricate detail of the pieces she created. I clearly recall the euphoric feeling I had the first time she held my hand and gently pressed my finger against that needle as she carefully guided me tie my first knot. I knew back then and at the early age of 6 that I wanted to be an artist and an artisan.” Nada Ghazal


Experiences that shaped the art and the artisan

As a young girl, traveling with her family, Nada was introduced to new cultures and places that fascinated her. When walking in new cities, Nada would stare endlessly at window displays. It wasn’t just the designs that captured Nada’s eyes, it was more the behind the scene work, time and energy that fashioned these that fascinated her.
In the early 80s, Nada was sent to a boarding school in the UK to escape the Lebanese civil war. The fragility of being away from family, gave Nada an inner strength and shaped her personality, a combination, which comes across in her designs. It was there that she learned to express her feelings and emotions on canvas and it was there that she was encouraged to pursue a career in art. She excelled in art, needlework and Math classes. Through art she expressed her emotions, through needlework she reconnected with her routes and her grandmother and it was through Math where she found a sense of order and balance.
In 1994, and after gaining a degree in Advertising design from Lebanese American University, Nada travelled to Dubai, UAE to work in a multinational advertising agency. Working in advertising not only gave Nada a canvas to express her artistic talents, but gave her a better understanding of creating and building brands. After working nearly 10 years in advertising and after winning multiple regional and international advertising awards, Nada knew that it was time for her to create her own brand. Whatever it was that she wanted her brand to be, she knew for sure that it had to be personal, authentic, and transcribe her emotions into something that was fascinating, distinctive and timeless and that would awaken emotions in others. It also had to come from the heart and give her a sense of pleasure.


The Dream becomes a reality

At the age of 30, Nada moved back to Lebanon and started weaving her first jewelry pieces with 18k golden strings and precious stones in her apartment in Gemmayze, Beirut- Lebanon.
A year later, in December 2003, she showcased her first collection with 25 hand-made pieces. Her collection consisted of rings, necklaces, bracelets and brooches. Every piece was delicately created by intricately weaving gold string, which was all too familiar for Nada and as she puts it “I was emotionally connected to each piece and I fell in love with the power of gold and precious stones. They gave me so much energy in some cases I was hoping that they wouldn’t sell”.

Is this your business?

Similiar Page for Your Business?

Make sure everyone can find your business online. Create your dedicated company page on Yelleb - it's simply and easy!
List Your Business
BACK TO TOP